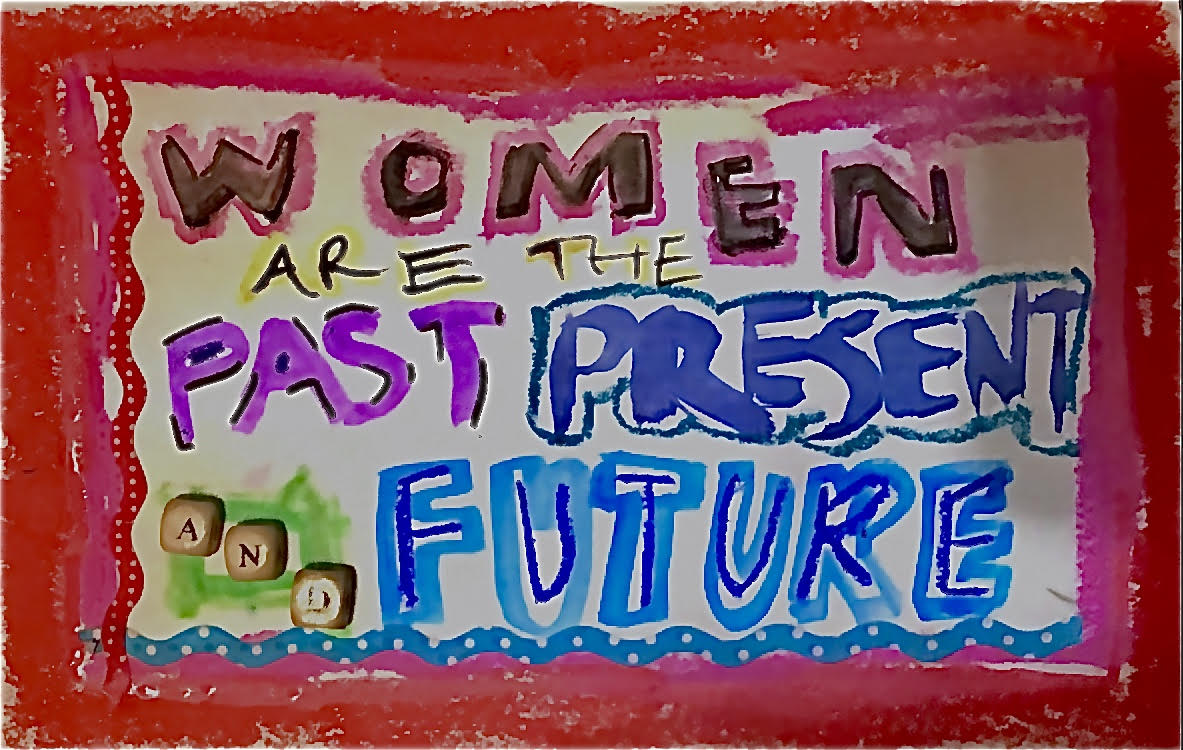 Since the first calls for gender equality, gender-based activism has had heavy opposition. 19th-century suffragists were ridiculed for being “greedy,” 1960s workers’ rights advocates were slammed with cries to get back to the kitchen if women hated working so much, and the few women holding elected office in the early 2000s were the victims of biased media smear campaigns.

Now, in 2022, many are quick to claim that the need for feminism and gender justice has subsided. Yet, the rights and freedoms of women are still under relentless attack. In 2021, the United States saw the highest number of restrictive abortion bills become law in the country’s history. Teenage girls and young women aged 16-19 are four times more likely than the combined general population to be sexually assaulted or raped, and the pay gap between men and women in the workforce is–at it’s lowest right now–still 18%.

It is increasingly clear that the fight for gender justice is far from over. If anything, it’s entering a new chapter: one with heightened inclusivity and commitment to intersectionality.

The oppression of women in the United States today is perpetuated by both institutional and social systems. On the institutional level, one of the most controversial issues of women’s rights is abortion: despite the landmark case Roe v Wade legalizing abortion in the United States, abortion has become more and more restricted in past years. Regardless of a person’s individual beliefs on abortion, it is still a medical procedure that must be made available and affordable to all in order for us to reach gender equity. Without legal abortion, illegal, dangerous- often fatal-abortions take center stage. Such unsafe abortions account for up to 13% of maternal deaths worldwide, ending the lives of an estimated 78,000 women yearly.

In other aspects of healthcare, too, gender prejudice is alive and well. A series of 2018 studies found that doctors are more likely to treat the reported pain of a woman as a mental health condition, whereas such pain reported by a man would be treated as a physical ailment. Another study found that physicians and dentists largely believed that women overexaggerated pain.

For trans and queer women, medical prejudice is even more apparent. Young trans people in Texas are, due to recent 2022 state legislation, liable to be investigated as victims of child abuse if teachers find out they’re trans. Across the country, anti-trans restroom and sporting laws are making their way through state Senates and Houses, further marginalizing an already oppressed group of young women. In a world where trans women are already disproportionately assaulted, raped, and murdered, so much so that trans people are four times more likely than their cis counterparts to be victims of a violent crime, school is becoming yet another unsafe community, uprooting young trans girls’ sense of security earlier and earlier on in their lives.

On the social side, too, women are still not given an equal chance to live a safe and healthy life. Young women, as well as women of all ages, are constantly exposed to damaging advertising and media tropes that oversexualize, demoralize, and promote body insecurities in young girls. Research shows that such damaging targeting of girls’ confidence has led to 35-57% of teenage girls admitting to engaging in “crash dieting, fasting, self-induced vomiting, diet pills, or laxatives.” Eating disorders are especially prevalent in queer and trans people, especially women, and is often exacerbated by gender dysphoria.

Body image issues, sexism in schools, the workforce, healthcare, and pitiful representation are a mere handful of the issues that women face daily on an international scale. Queer, trans, and BIPOC women face additional layers of institutionalized and social prejudice, further pushing the need for intersectionality in the fight for gender justice.

During this Women’s History Month, we must continue to fight for the rights of all women. In every month that isn’t dedicated to women, we must work even harder towards the liberation of women in a society that is held together by the very women it is trying to rip apart.