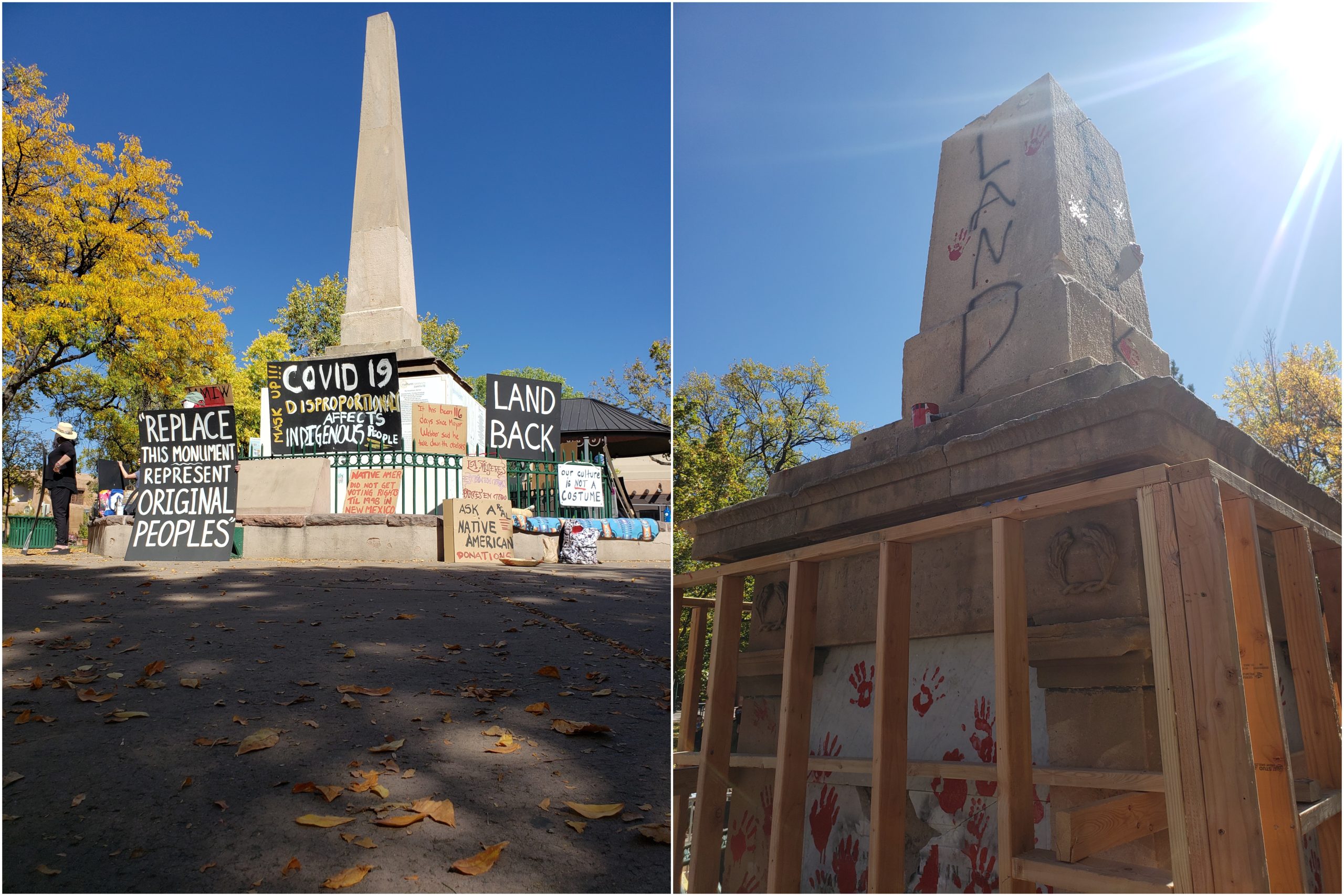 On Monday, October 12, 2020, an obelisk commemorating U.S. imperialism and soldiers who died fighting “Savage Indians” during the Civil War era was torn down by dozens of community members in Santa Fe, New Mexico. It was taken down by seasoned residents and newcomers alike after 152 years of the monument’s obstructing the community’s gathering place, which sits on top of an ancestral Tewa village called O’Gah Poe’Geh Owingeh, meaning White Shell Water Place. This village was overtaken by Spanish colonizers in the early 1600s and became a place where Tewa and other tribal peoples were executed for practicing their religion or for pushing back against the aggressive norms of the Spanish. This space became the central Plaza, where Euro American cultural narratives are celebrated, and where the first peoples and ancient waters have been forgotten.

Before this town was here, before the monuments, before these roads, before any of this was here, the land was here; just the land and the beings that lived and sustained from it.

The land is timeless, a great sleeping ancestor who turns every few millions of years.

The land is generous, giving us everything we could ever need to survive, to thrive; the land’s consistency alerts us to the seasons’ changing and to the sun rising and setting each day.

The land has never claimed ownership over any other being, yet factions of humans draw imaginary lines to carve new territories, dig into layers of plant and crust to extract oil and minerals, and leave monuments to people and governments who took time and care to extract earth and people from where they’d grown communities with ancient roots.

My community is moving through feelings of celebration and mourning. Some people are thoughtful, some are violent in coming to understand what the removal of this monument means to them. My own body still radiates pain from the physical manifestation of stress that this time has brought up. But when the granite had crashed and I could get close on that day, I touched the Earth in a loving way. I let the Earth know someone is listening.