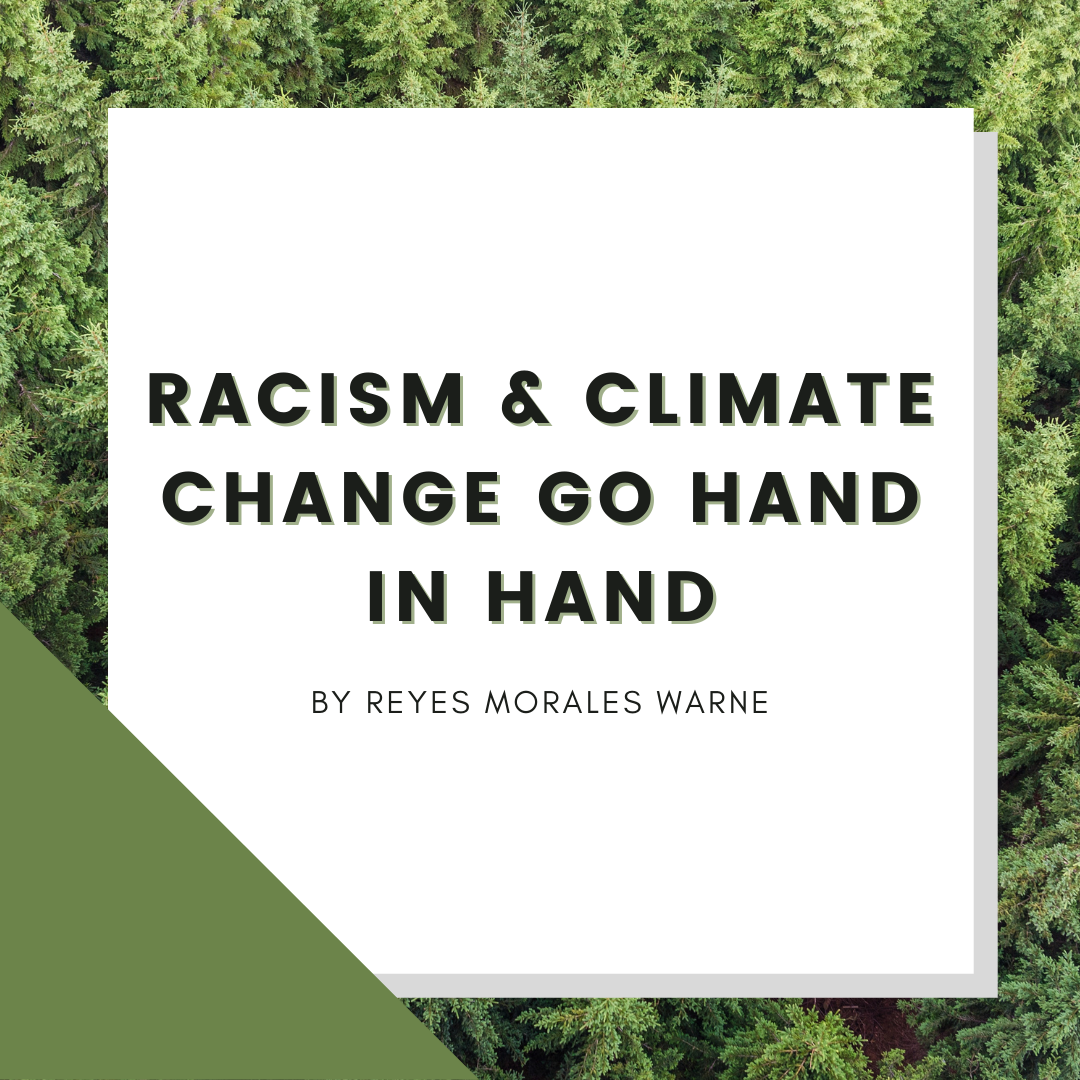 America is stolen land made by stolen people. This is a phrase that is often seen circulating the interwebs. Although it is true, people forget the meaning behind it and the communities harmed by colonization. When viewing the Environmental justice movement, people often overlook the BIPOC (Black, Indigenous people of color) leaders who were on the frontlines and progressed the movement forward. Many environmental organizations today are run by Caucasians, even though the Indigenous population maintains 80% of global diversity. Environmental justice is not just about maintaining a safe environment to live in; it focuses on the ecological consequences in BIPOC communities.

When it comes to environmental racism, so many issues are neglected. ‘Chicksforclimate’ on Instagram says that “Environmental Racism is everywhere and upheld by white people.” It is a part of the systematic oppression that stems from white supremacy. Although it comes in many forms, there are a few examples that I will be going more into depth. Something that has personally affected my family is the usage of harmful pesticides. My nana and grandpa, who were a part of the farmworker movement, recall being exposed to the deadly chemicals detected in pesticides at a young age. It wasn’t until the 70s, after many protests, that the government formed only just a few regulations on what pesticides are allowed to be used on crops. Besides pesticides, many of the POC who work in the fields have to endure harsh weather conditions. They are forced to put up with the winter’s freezing temperatures, the summer’s blazing sun, and any natural disaster that comes their way. Despite the farmworker movement, these issues are still prevalent in our society today. The lives of farmworkers are being ignored by the elite and by our government who falsely claims they are for the people. Environmental racism, as it pertains to the health of many low income communities of color, also affects food. Organic foods are more expensive and can only be found in high-end grocery stores such as Whole Foods. These stores are nowhere near BIPOC communities, which contributes to food deserts and other various forms of malnutrition or health problems.

Another significant issue is the lack of health care. Everyday there is an increase in greenhouse gases omitted in our atmosphere. This started after the Industrial Revolution; with the rise in factories and production, there was also an increase in greenhouse gases released into the atmosphere. People claim that this would cause health issues for everyone, but this disregards BIPOC voices directly affected by it. Many industrial areas are home to Black and brown communities, which increases the risk of fatal health issues for the residents who live in these communities. There is also a lack of hospitals and clinics in many of those communities. With no access to healthy foods and health resources, BIPOC communities are forced to fend for themselves and deal with the product of climate change by themselves.

Beyond the Police: Getting Policed in Schools
The Evolution of Music