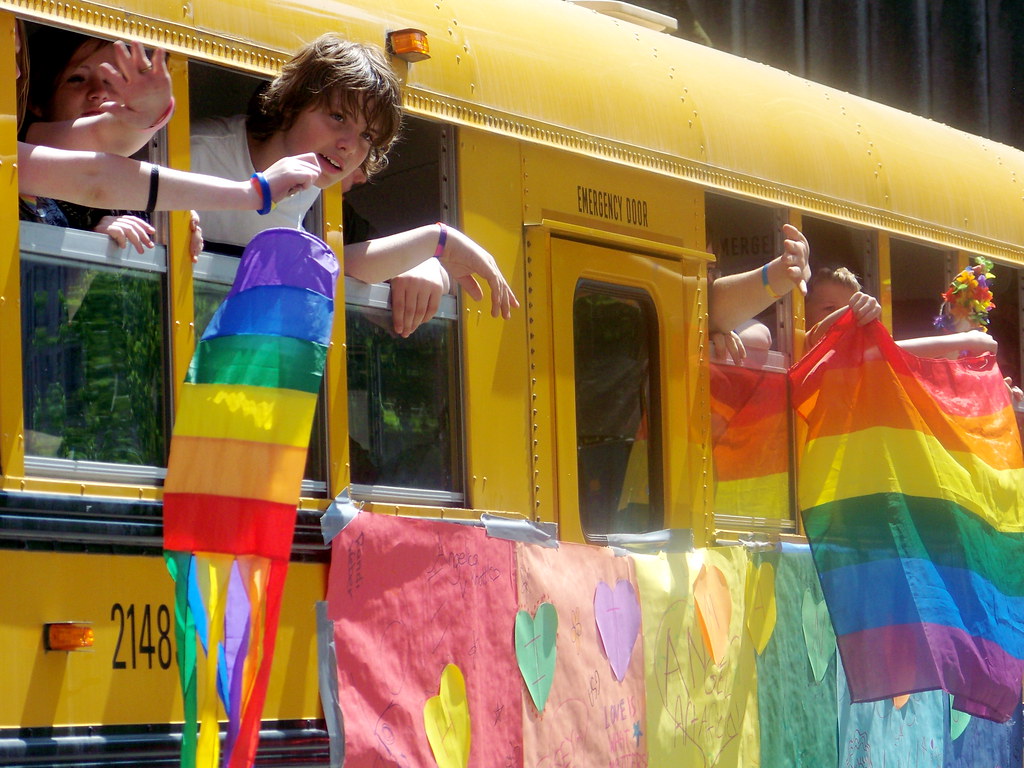 To know that a teacher has your back and is working to normalize LGBTQ+ identities is invaluable for Queer and Trans students. As the new school year starts, it’s important for educators to establish allyship early on so that students feel seen and affirmed.

From a young age, I knew I was Queer. At 9 years old, I came out to my brother, and by 4th grade, I had expanded my “out circle” to a few others. However, all the confidence I held in 4th grade was demolished by 5th, when a new class brought new classmates and teachers who let it slide when kids would call one another “gay” as a joke and insult.

If it weren’t for two teachers I had in middle school—both fierce LGBTQ+ educators and allies—I’m not sure if my confidence would have ever resurfaced. Because of them, it did. These teachers didn’t have to stand in the front of the class and declare that they wouldn’t tolerate homophobia or transphobia. Their actions spoke louder than words. One teacher put a GSA club poster above her desk. My U.S. History teacher the next year went out of his way to mention that a famed soldier was kicked out of the army because he was Queer—an example of homophobia the textbook failed to mention.

What many fail to realize is that small actions like these can mean everything to Queer and Trans students. Whether they identify as LGBTQ+ folks or allies, there are a number of powerful ways for teachers to support their students.

Introduce and use pronouns at the beginning of the school year. When introducing yourself, tack on your preferred pronouns and encourage students to do the same before they answer an icebreaker question. Mark everyone’s pronouns on an attendance sheet to avoid slipping up, and have reintroductions frequently so that anyone whose pronouns change doesn’t feel uncomfortable. Having everyone introduce themselves on the first day instead of calling out their names also avoids dead-naming students.

Another way to show up for Queer and Trans students is to advertise your school’s GSA. Announce meeting times or hang a poster, as my teacher did. With online school, find out how and when the GSA is meeting, and share the information with students. If your school does not have one, offer to be the sponsor for any students who create one.

Due to the lack of LGBTQ+ representation in school curriculums, research Queer and Trans people who helped shape the field(s) you teach and discuss their contributions. Assign material for students to learn more about them.

Educators play a pivotal role in students’ lives, and LGBTQ+ students are so appreciative of their support. By ensuring your classroom is a safe space for us, you are making sure we feel protected, represented, and most importantly, at home in our own skin.