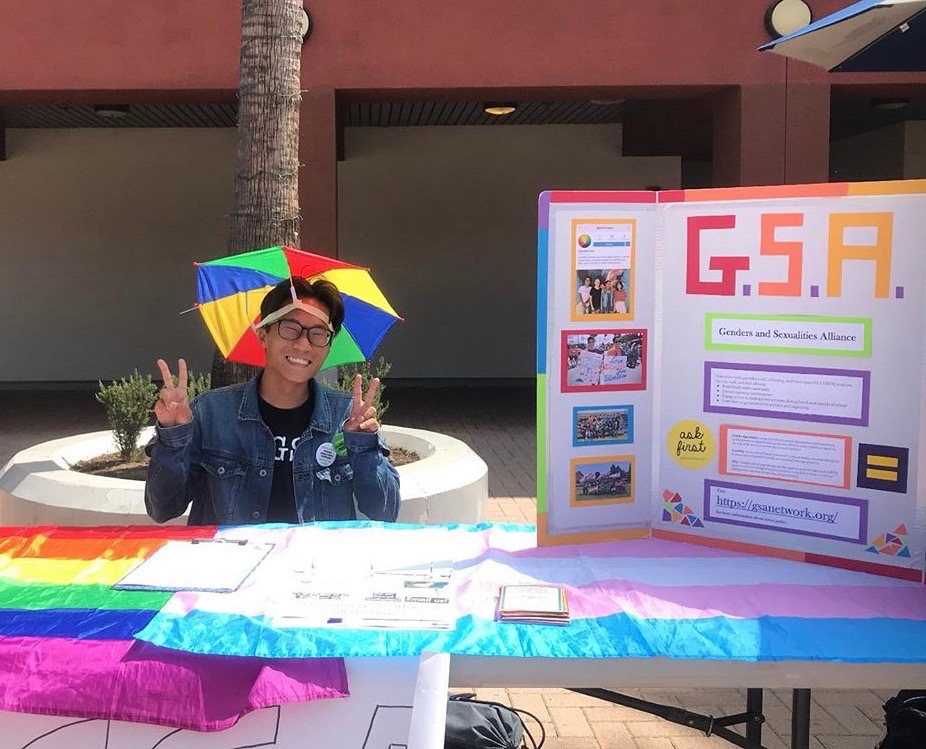 The first time I stepped into a GSA meeting, I was still navigating my first year of high school.  Even though I knew it would be right for me to attend the meeting, I was insecure. I sat in on a conversation about LGBTQ+ characters on Netflix shows and I was too shy to participate. Although I knew about some of the shows, I didn’t feel brave enough to contribute because I was still figuring out some aspects of my identity. I was struggling with a lot of things.

It wasn’t until the next year that I found power within this amazing collective of trans and queer youth. The club leaders decided to write a letter to our school administrators asking for accessible, multi-stall, all-gender bathrooms and we were unified in asking for what we wanted. I realized that I didn’t need to be brave as an individual to create change—we just needed to be brave as a group.

We needed to organize our people so that we could create a space where all trans and queer students could feel brave and safe to live their truths. And we did. While we didn’t get all-gender, multi-stall bathrooms, we did win single-stall bathrooms and found joy in that victory.

After being a part of that campaign, I looked to the leaders of my GSA club as role models. I wanted to emulate them, exude the confidence they had, and eventually become a leader myself. I started to participate more and continued to find and build power in my identities. Then, one of the co-presidents asked if I could attend a GSA Network SoCal Youth Council meeting and Activist Camp. That’s where I learned skills to take my activism to the next level.

By senior year, I had become our GSA club president and incorporated what I learned from my experience to lead engaging workshops about intersectionality, Black hxstory, sex education, and consent. We even worked with other clubs on campus to host events and discussions on topics like human trafficking, which impacts many communities of color.  More freshmxn and sophomores joined than ever before, so we felt obligated to make the club as great as possible, organizing more community-building activities.

Through my journey in activism, I learned how important GSAs are to a growing population of young LGBTQ+ students. I personally saw how we can grow from a place where we are struggling with our identity to leading from a place of bravery—especially when we have the support of trans and queer students to hold us up.

Now, as an alum of GSA Network, I’m more confident in my identities and certain that there’s a place for me in the movement.

A Vision For the Future Driven By Me
Trust and Tradition: The Roots of Organizing in the Southwest