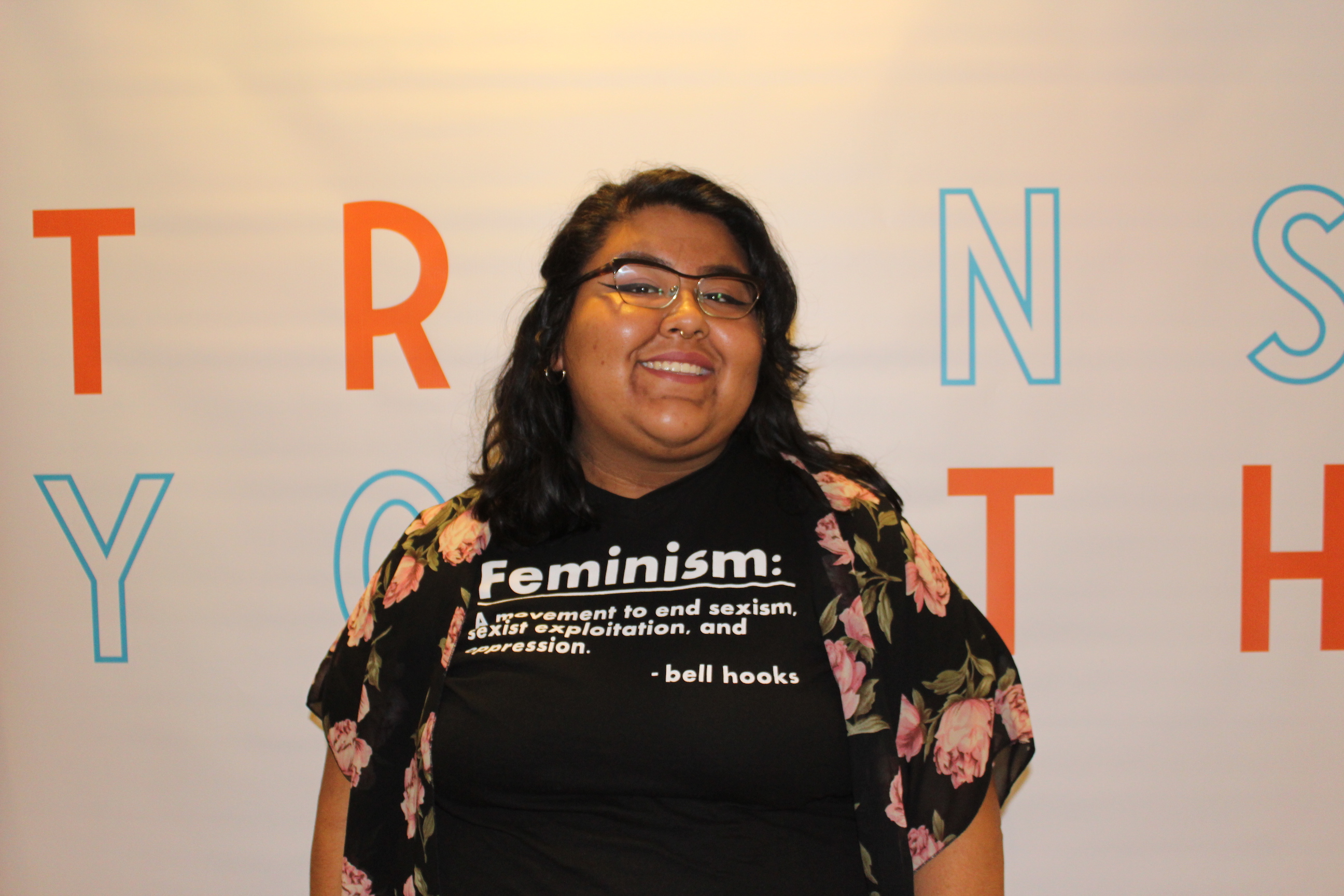 GSA Day for Gender Justice is an annual day of action for trans and gender nonconforming young people of color to bring a trans perspective to gender justice. Led by TRUTH, a national youth-led campaign that is working at the intersection of gender, racial, and LGBTQ+ justice to counter the negative messaging and perception of trans and gender nonconforming youth that is being created in the political arena, the first #GSADay4GJ was launched in 2016 to create visibility, awareness and community for the issues we face.

I often don’t get to own my body. People automatically place me into categories because my body looks a certain way, making it hard for me to exist the way that I exist.

When we launched the first GSA Day for Gender Justice, it felt powerful to have our trans community come together, be vulnerable, and reclaim our bodies on a day that is meant to talk about gender justice. We realized the enormous potential that this had for many young trans people across the country who can’t live authentically, either because of their family, their community, where they live geographically, or because they don’t have the social capital to do so.

Above all, we realized the importance of having a day to simply exist outside of the gender binary.

As trans youth, our identities are constantly targeted and attacked. Over the past year, we have felt the attacks intensify as the political environment has emboldened an anti-LGBTQ+ sentiment and acts of white supremacy that threaten the multiple identities that we hold as trans and queer youth of color.

We are often told that we don’t know how to organize, how to mobilize, or that we need to experience more of life to be successful at organizing. Yet, youth are at the frontlines of marginalized identities and have historically played a big role in movement-building. We have always known that change for trans and queer folks won’t happen if we just leave it up to people in position of power who don’t know our perspective, our reality. Change is going to happen when trans and queer young people speak up to call out the injustice that we face.

#GSADay4GJ gives us a moment to amplify the voice of trans youth and propel forward a movement for gender justice that takes into account the experiences of trans people of color.

This year, we invite trans and gender nonconforming youth to take part in our annual selfie campaign by downloading the selfie frame and tell us: What Does Gender Justice Mean to You?

At a time when the federal government has made attacks on the trans people and failed to protect our rights in schools, through these selfies give us the power and freedom to write our own narrative. We deserve to tell our own story in our own words and show the rest of the country that we do exist and have a strong community to uplift us. That’s why we have also launched the #ShowUp4TransYouth in Schools petition to call on the U.S. Department of Education to protect transgender and gender nonconforming students in K-12 public schools. We plan to personally deliver the signatures in Washington, DC in January.

On #GSADay4GJ, we hope that you let yourself exist in this moment. We know it’s difficult, but when we allow ourselves to exist we can harness and build community. And when we create that strong community, our hope is that you get to live more authentically and you will see that you are surrounded by people who, like you, are fighting to gender justice.

Here’s how you can Take Action on #GSADay4GJ.