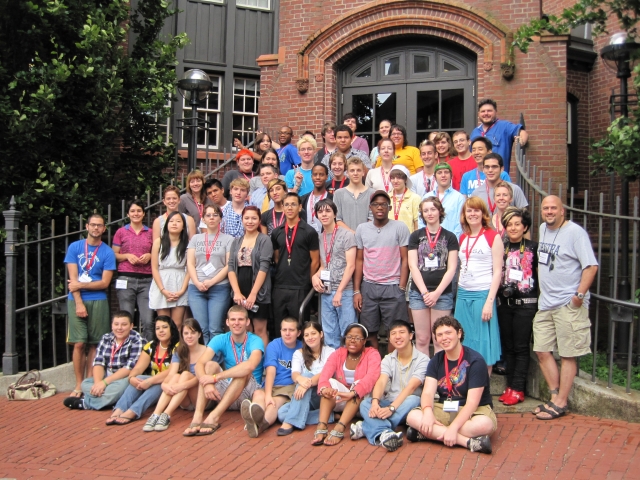 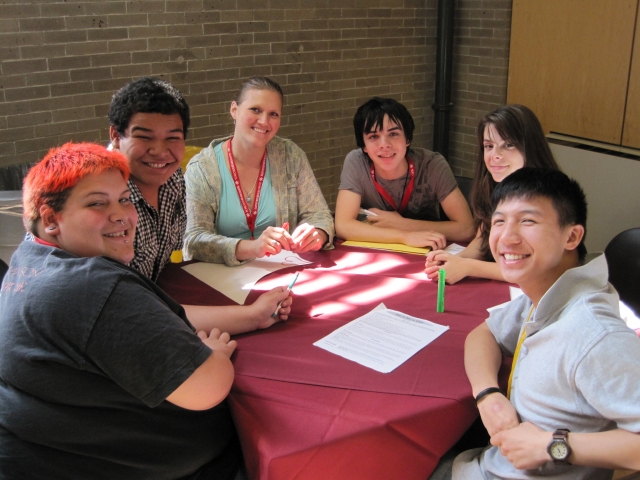 For five years, GSA Network has been the leader and convener of the National Association of GSA Networks.  Each year we bring the members of the National Association together for a national summit aimed at strengthening the GSA movement across the country.  This year, we held the National Gathering in Providence, Rhode Island — our first time meeting in the Northeast.  Our amazing local host organization was Youth Pride, Inc, an LGBTQ youth center in Providence that coordinates a statewide coalition of GSA clubs. 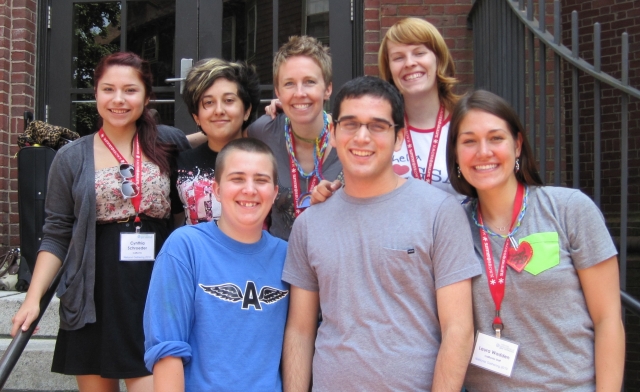 This year’s National Gathering was one of our largest with 16 states represented, including GSA organizations from Connecticut, Georgia, Massachusetts, North Carolina, Utah, and Vermont who joined us for the first time ever.

The event featured a session to develop a nationwide vision for the GSA movement, a large group session focused on addressing classism and inequality in our society, and 20 workshops on topics including feminism, anti-racism, inspiring allies, fundraising, addressing transgender issues in the GSA movement, building coalitions and collaborations, fighting the tobacco industry’s targeting of LGBT communities, and exploring models of youth leadership in the GSA movement.  We also screened two movies at the National Gathering:  “FIT”, a film about anti-bullying from the UK, and “Brother Outsider: The Life of Bayard Rustin.” 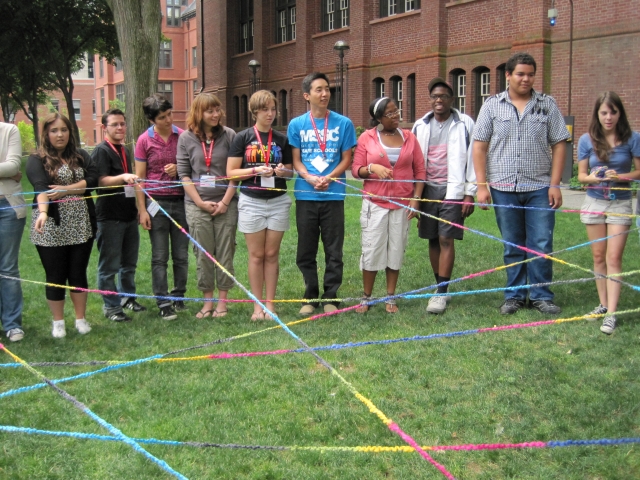 GSA youth leaders and staff from the 16 GSA networks that attended the National Gathering 2010 remarked that this year’s gathering was the best to date.  It was particularly inspiring to build connections between some of the newly established GSA networks in places such as Mississippi, Utah, and North Carolina with some of the long-time GSA networks such as those in Wisconsin, Long Island, and California.  In the five years since GSA Network launched the National Association of GSA Networks, we have seen the number of states with a GSA network grow from 15 to 28, nearly doubling!  We all recognized the power in numbers by building the GSA movement from the ground up, GSA by GSA, state by state.

Below are ten (okay, eleven) of our favorite comments from youth and staff who attended the National Gathering about the impact of the event:

There’s SO much we’ll be taking back with us.  This has been a really valuable introduction for our youth to what a GSA network can do.

The most valuable part was meeting other queer youth and allies and having the opportunity to share information through the workshops.  I have learned a lot from the Gathering and I plan to take that back to my school and state’s GSA network.

Now I have more resources to call upon and a renewed fervor for activism.

The most powerful part of the National Gathering was the workshop on oppression, because I learned how different people react to different types of oppression.

I valued the opportunity to connect with people (youth) from across the nation and also compare regional differences in the queer movement.  I’m walking away with a greater wealth of knowledge to return to good ol’ Mississippi.

The National Gathering rekindled the activist flame within me and gave me great ideas.

The most valuable part was bringing my youth together from across the state to think strategically about our work and gain insight from other organizations about their models.

The peer networking was extremely valuable and the transgender 101 workshop was incredibly informative. I feel much more confident in addressing trans communities.

Meeting so many people who were so proud of who they are made me prouder and made me excited to be involved in other GSA-related things in the future.  I feel like a more fit leader now.  Hopefully, this Gathering will inspire us to create and statewide network and/or a youth advisory board.  Right now we’re only working in Philadelphia.

The most valuable part was having the opportunity to find out how other GSAs around the country transcend their challenges, and building the connections I will continue to use.  I believe the National Gathering provided inspiration for the GSAs in Rhode Island to work more closely together.

I was so impressed and inspired by the strength and innovation of youth at this conference.  I appreciated the depth we explored around oppression, homophobia, transphobia, and racism.