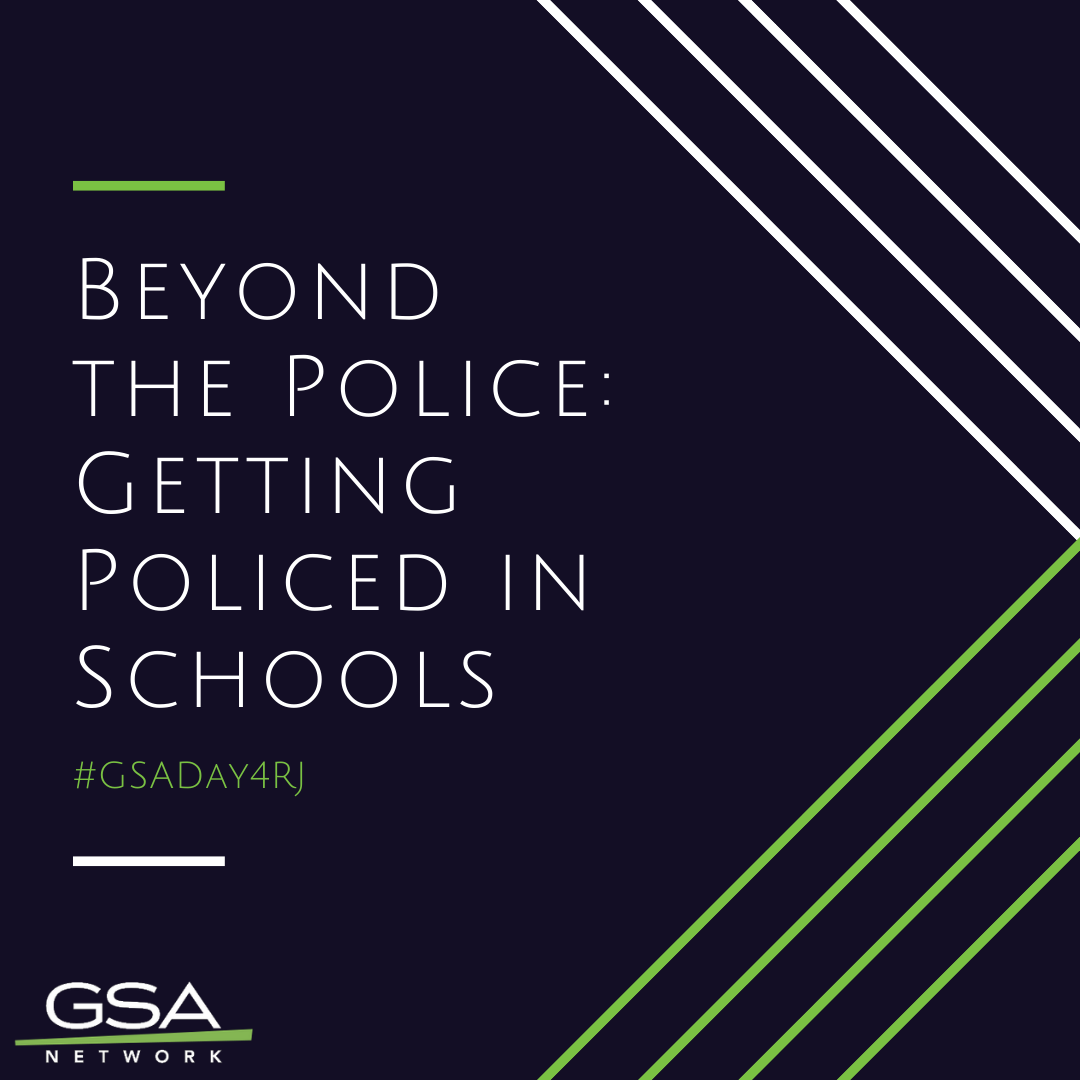 Police in schools has always been an issue for students. Police in schools, known as School Resource Officers (SRO’s), are placed on campuses around the country to create a more peaceful environment for students, however, their presence has only contributed to the school-to-prison pipeline for students of color and those that fall under LGBTQ titles.

But police aren’t the only ones policing students in and out of the classroom. Teachers also do many things that I would say fall under the definition of policing (the enforcement of regulations or an agreement). One of the many things I have seen students go through is the issue of not having a gender-neutral bathroom and being forced by teachers and school administrators to be in a bathroom they do not feel safe or want to be in. An example of one of these cases was the case of Gavin Grimm, which would be decided 4 years later from the initial time the case started. This has become and remained a prominent issue even after seeing a long federal case on the definition of Title IX play out in the Supreme Court.

Students are also being policed to use pronouns they do not want to go by, specifically they/them pronouns that are being titled as “Grammatically incorrect” because it’s a singular pronoun. One more thing that I have seen teachers do towards students is an abuse of power, which I had personally found to deteriorate my mental health as well as others. In some cases, these teachers would say fairly rude, ableist, queer/transphobic statements that I can NOT stand behind. In my personal experience with these teachers, it’s not only annoying but incredibly disrespectful to our identities. Even when you call these teachers out on their comments, they end up turning it on students and police us further by acting as if we were wrong by calling them out or because we are standing up for the others in the class who are being abused by their comments.

Policing in schools is a major issue that I, and hopefully many others, are seeing affecting students. We know that about 47% of LGBTQ students that are black/African American and 44% of Latinx/Hispanic students will be sent to the juvenile hall.  With these statistics in mind, a question I and others should be asking is: why would this happen? According to some studies, about 26% of LGBTQ youth will face family conflict issues over their sexuality/gender expression, which often leads them to homelessness. From there, these youth will find themselves trying many things to get by economically or just to survive, including shoplifting, sex work, drugs, etc. And with foster care systems not giving the best support for these youth it makes life more challenging. This is then further intensified by racial profiling from police everywhere.

We see how LGBTQ students are facing multiple obstacles that force them into the school-to-prison pipeline. It is something that must be stopped and noted from not only the police but also from teachers, principals, counselors, and School Boards. I hope to see changes this year that will stray away from this abuse of power.