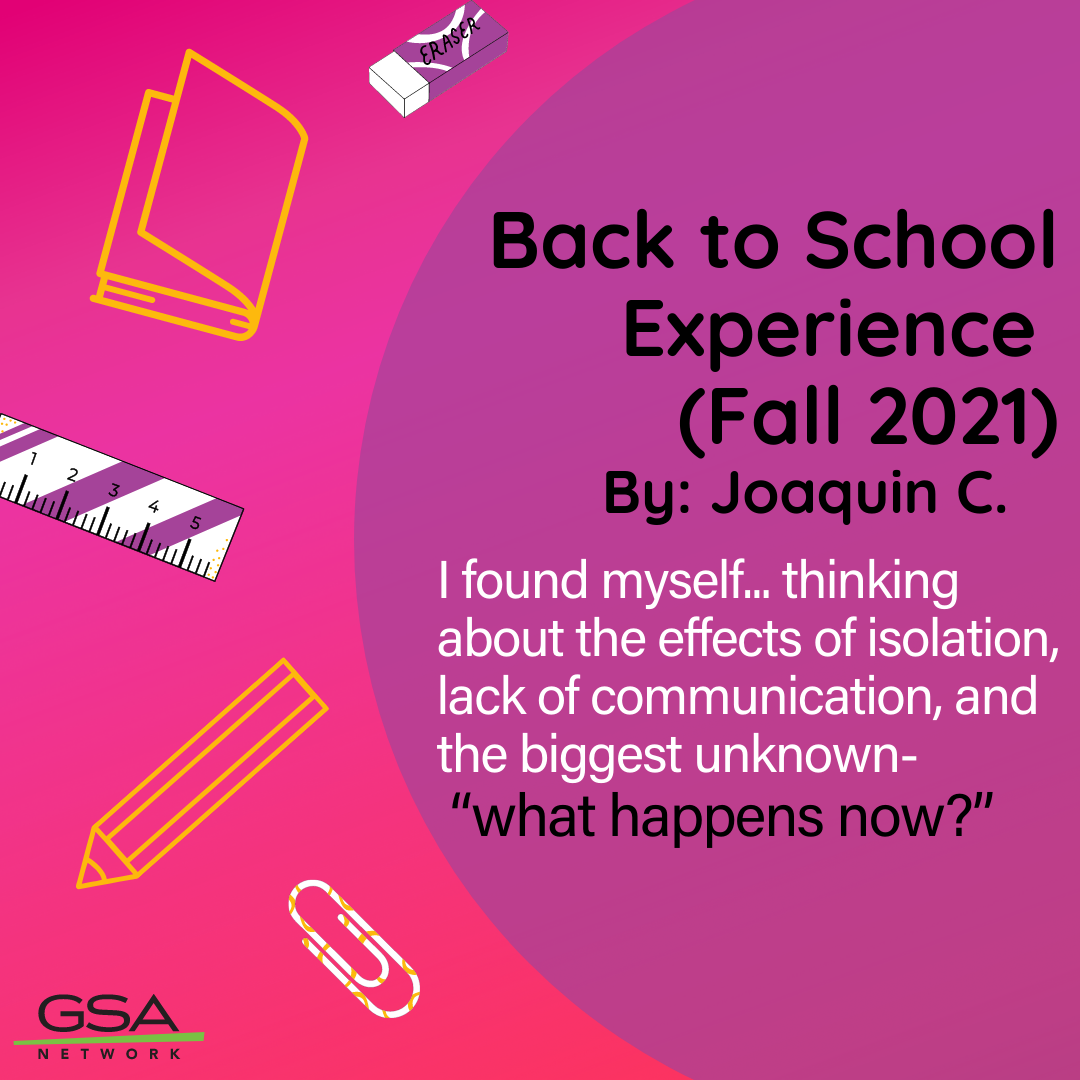 In the past year, many students have found themselves growing and developing a political stance on civil rights movements, government responses to racism/homophobia, and the overall treatment of underprivileged groups in America due to the isolation and country-wide upheaval that quarantine has brought on. Especially during quarantine, there’s been a rise of many news outlets reporting on social-political issues. Like many continuing to learn while in isolation, I too found myself researching more on those subjects than pre-pandemic, as well as thinking about the effects of isolation, lack of communication, and the biggest unknown- “what happens now?”

During the year and a half of shutdown and virtual school, the level of isolation was frightening. Leaving in-person school my sophomore year halfway through the year felt odd enough, but not knowing when I would be sitting inside a classroom with my classmates again was the most staggering. Over that period, I found myself -and others in my community- feeling lonely and isolated. The lack of communication in person with friends, peers, teachers, and adults around the campus was something I didn’t think I would miss dearly until it was gone. And so with that in mind, coming back to school this fall was definitely exciting, especially for my final year of High School.

But while coming back to school was highly anticipated, during the year and a half of isolation, I had a lot of time to reflect both on myself and what was happening in the country. After the murder of Ahmaud Arbery right at the start of the pandemic (Feb. 2020), I had hoped that there would finally be more awareness of the systemic discrimination of black/brown people. But it wasn’t until the murder of George Floyd only a few short months later that really sparked people to finally acknowledge this racism. As many may remember, after his unjust death, many walkouts, protests, and riots rose throughout the country. Minneapolis, Portland, New York City, San Francisco, L.A.- many were once again speaking their voices and giving truth and perspective to what it means to be a person of color in a government primarily led/made by white people. I found this growing awareness of racial inequalities to be the biggest change amongst my peers coming out of quarantine. There was so much conflict within students in my school, but the stay-at-home orders gave all of us time to really face ourselves and what was going on in the world. With the spark on the country’s political climate, my community was also dabbling with tension around the topic of racism. This also meant that students were reading the news and educating themselves on these difficult topics almost daily due to how frequently people were posting about those issues all over social media. One of those topics that emerged from the news was the Kyle Rittenhouse case. Although the topic has been widely discussed, it was where people stood on the matter that had really shocked me, especially seeing what some of my peers’ thoughts were.

Before the pandemic, I would’ve never expected to see a peer of mine side with Kyle Rittenhouse, who shot and killed 2 protestors and injured 1, who were taking part in a Black Lives Matter protest. That level of change was what took me by the feet with force. However, classmates that were once complacent of their friends supporting people like Kyle Rittenhouse were now starting to agree with my perspectives and speak up, which gave me hope. Since coming out of isolation, there have been more students in the community that agree and see my point of view in conversations on politics related to racism and homophobia as well.

After a year and a half of almost no contact with others aside from a few friends, the more I saw that students were finally listening to my words and acknowledging that the climate of the community, state, and country isn’t perfect, the more hopeful it made me. During the stay-at-home orders, I had plans to run our school’s GSA club, but it was so difficult to communicate with others that it greatly set many of those plans back. And furthermore, there are still many students who have never even heard of or know what a GSA, QSA, or Rainbow Alliance club is. Despite these struggles though, the positive aspect is that it gives me and my friends time to plan and brainstorm new ideas for the freshmen class and upcoming semester. My peers and I have been asking ourselves what more we can do to make sure that we are finally talking about these broad topics of the civil rights movement. And while the California education law for ethnic studies has changed (Ethnic studies courses are now a required class for high schools), it still feels like more can be done to get student voices affected by racism/homophobia out there. For now, having conversations with my community and writing pieces that talk about these experiences for people to learn from has been the perfect start for me while I continue to work on coming up with more answers and a plan of action.

Year in Review: Top 10 of 2021
A Semester Back To In-Person School: the Queer Experience