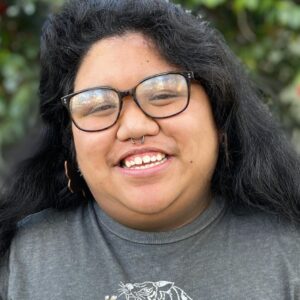 Sam (they/them) is from the Bay Area of CA and is a first-generation Mexican/Vietnamese American. They come from a single-parent mixed-status home and has lived through poverty, housing insecurity and navigating what it means to be a queer trans person of color (QTPOC) in a world that has not catered to them or their communities. Although faced with these inequalities, it has not stopped them from becoming an organizer. Sam’s organizing work started in their GSA Club where their dedication and commitment to the movement did not go unseen. During their sophomore year, they had the opportunity to attend GSA Network’s Activist Camp, where they gained the knowledge to further their communities’ needs. Because of this opportunity and the friendships and connections they made, they have continued to stay involved with GSA Network. From there, they became involved in GSA Network’s Northern CA Youth Council, Trans Youth (TRUTH) National Council, and most recently has been hired as the Northern California Youth Organizing Fellow. Sam hopes to connect to and make an impact with GSAs and youth in their area. 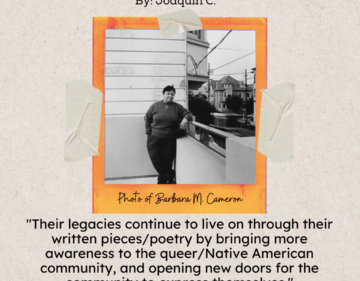 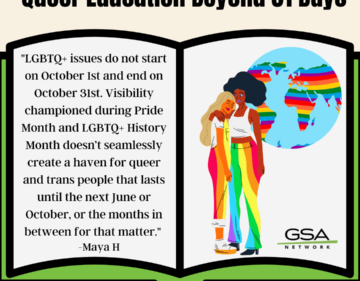 By Maya H. Every October, schools, companies, and communities roll out the rainbow carpet for LGBTQ+ History Month. Such visibility is essential: it raises awareness Read More