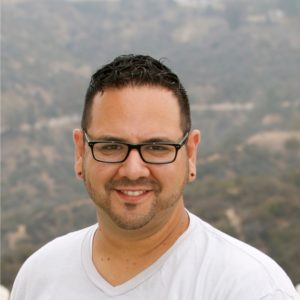 Born and raised in Los Angeles, David now calls Northern California home. His organizing, planning, and activism began as a student leader with the MultiCultural Center (MCC) of Humboldt State University. After earning a degree in Communication as well as working in sexual assault prevention education and alcohol and other drug prevention, David returned to the MCC as the Program and Outreach Coordinator. The role solidified David’s passion for planning and organizing that contributes to authentic positive social change. In 2007 David transitioned his work to residential housing programs in the college and university settings working with The Art Institute of California, Humboldt State and San Francisco State Universities. David’s personal and professional passions combined when he became a founding member of the Eureka Sisters of Perpetual Indulgence. Currently, David serves the Bay Area as a member of the San Francisco Sisters. David is thrilled to join the GSA Network team where the organization’s mission aligns with his personal passion.

The United States of Horror

“We the People stand against the United States of Horror, and we will trek to new horizons.”

Why We Need to See & Tell Affirming Stories

“As trans and queer young people, seeing ourselves reflected is important because it gives visibility to our identities and normalizes them.”